Edward Raban adopted the Townes Armes of Aberdeen as his colophon (printers mark or emblem) almost as soon as he arrived in Aberdeen in June 1622. His printing works and home address was ‘Under the sign of the Townes Armes’, on the north side of Castlegate.

He must have commissioned the woodblock to be made soon after he arrived as it was used in the Prognostications of 1624, which would have been printed and ready for distribution by Autumn 1623.  The device appears next in 1625 by which time the block had cracked but remained intact. In fact, it continued to be used by Raban and his successors for publications of the Town Council for more than eighty years, despite the crack.

It was not until 1707 that the woodblock was changed with a new one entering service under Margaret Cuthbertson, who was the only female Town Printer, and used for the Burgers’ Oath.  The 1707 replacement is notable for having particularly badly drawn supporters (the leopards’ faces being very poor). 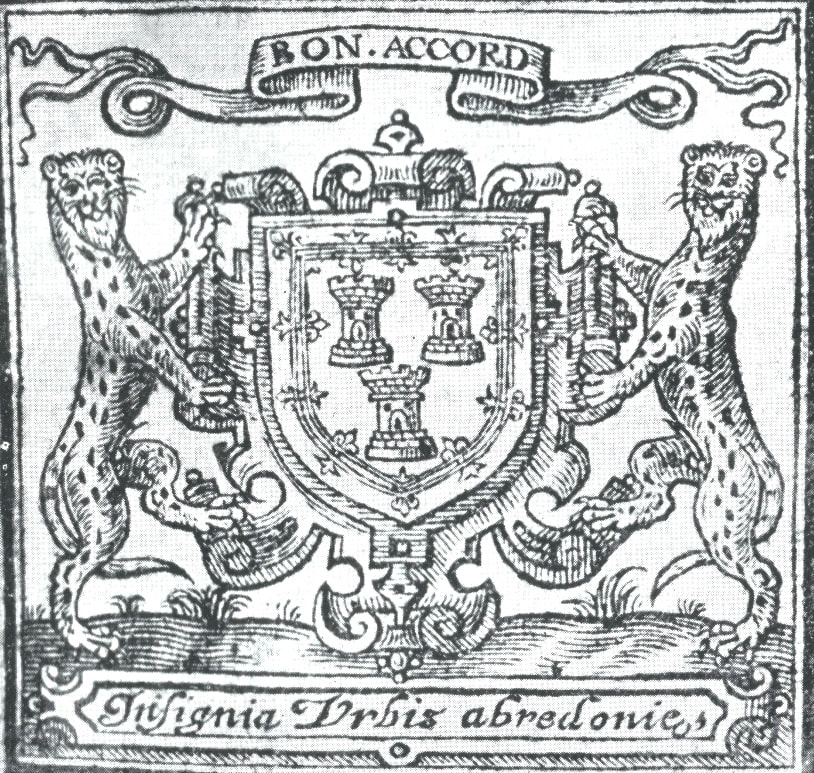 Raban’s pristine woodblock in 1624. The leopard supporters seem particularly friendly and jolly in this depiction. 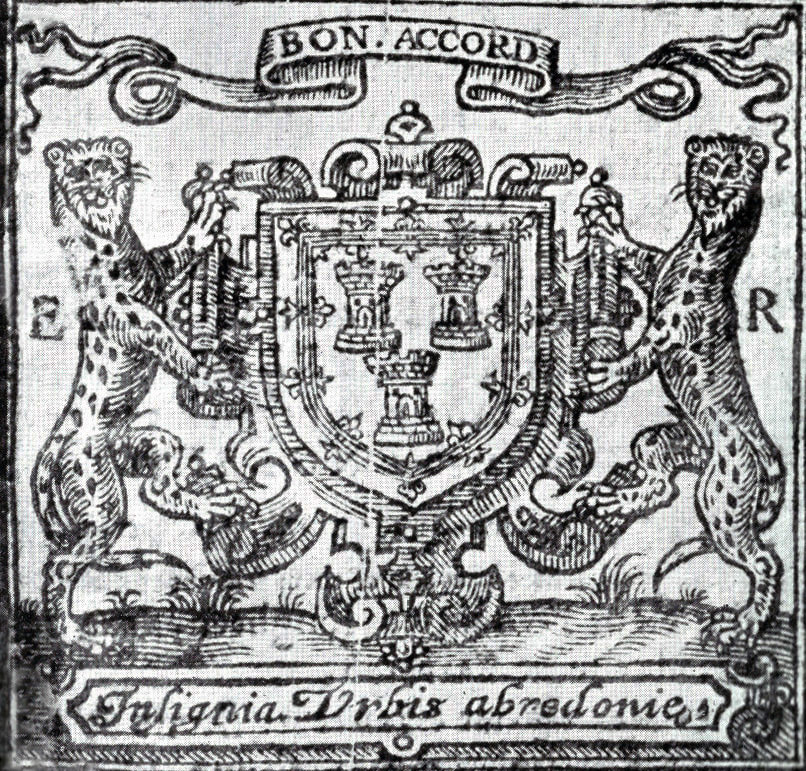 The cracked woodblock after 1625 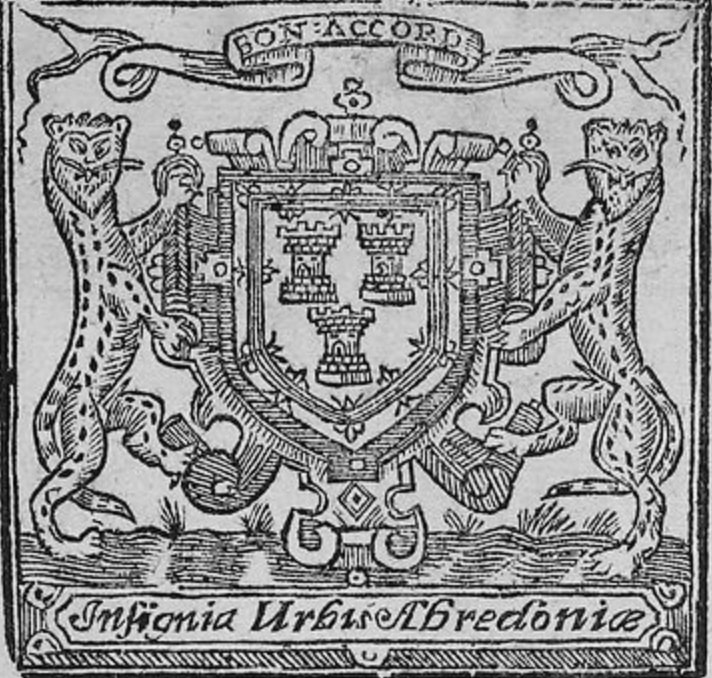 The replacement in 1707 made for Margaret Cuthbertson. The faces of the leopards are particularly poorly executed.

The two leopard supporters on Aberdeen's coat of arms have had a profound symbolism in the city and region with the Leopard magazine taking its name from them. 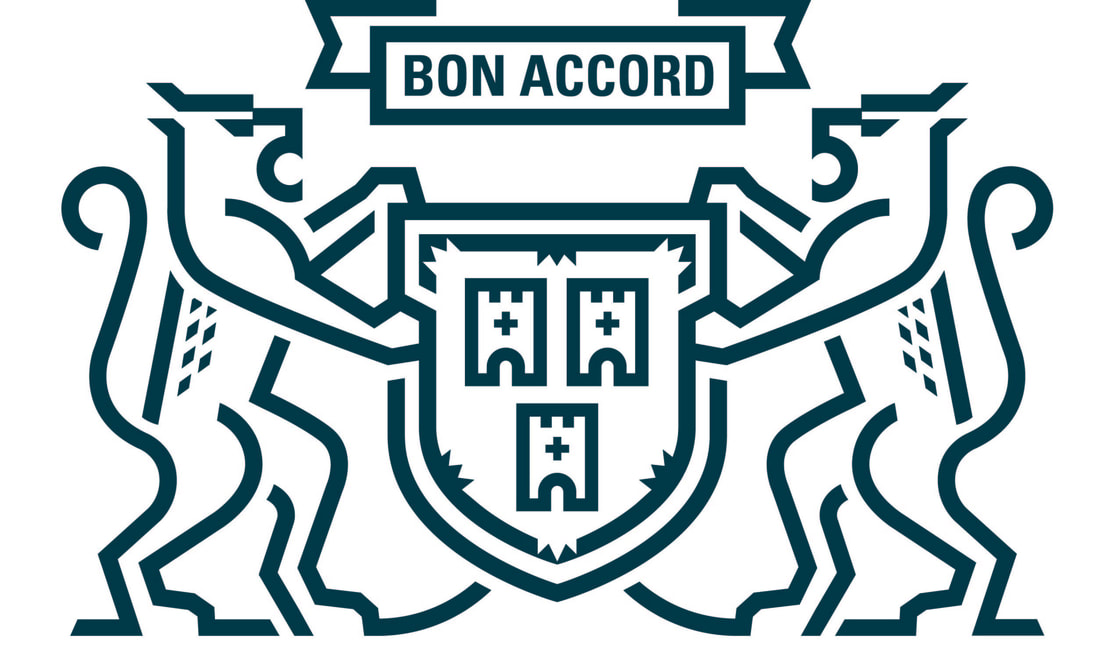 The most recent civic design of the Town Arms