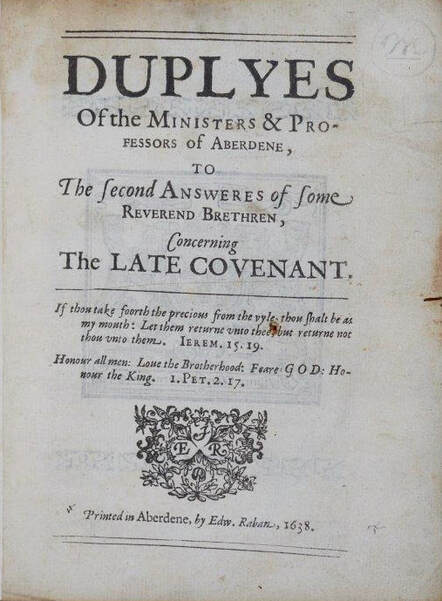 During the period of extreme religious turmoil in the 1630s and 1640s, Edward Raban walked a tightrope.  Aberdeen was sceptical about the Covenant and, in particular, the six ‘Aberdeen Doctors’ held out against it.    In 1638, Raban printed ‘Duplyes of the Ministers and Professors of Aberdene’ which formed the basis of their questioning of the Covenant.  ‘Duplyes’ is Scots for (in law) a defender’s rejoinder to a pursuer’s reply; or (in discourse) a reply to second answer.​

Some Escapes in Printing 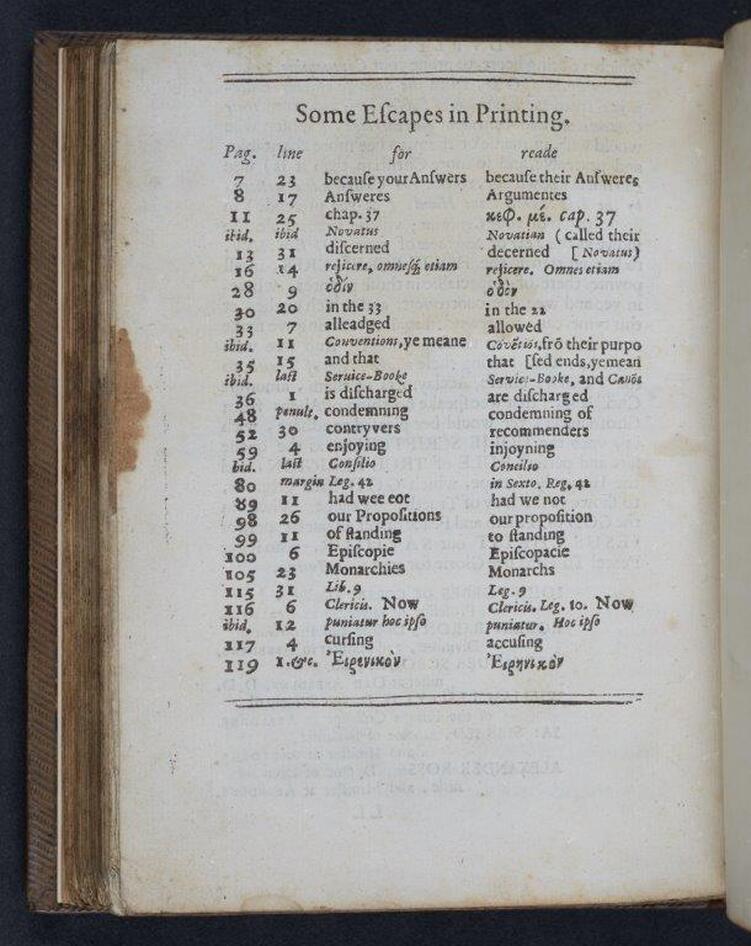